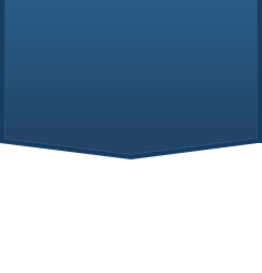 It was in the early 1960s and we were a squadron of 500 men with 30 fighter interceptors as first responders in the Cold War with Russia.  The Cold War was fought with posturing, threats, saber rattling, and dares to the firing of the first shot for all-out war feared to destroy the world as we knew it.

We were six minutes flying time from the Russian ADEZ line, not to be crossed by either side.  It was crossed, by planes from both sides testing the response time of the other.  When Russian planes crossed, we would escort them back sometimes in the face of our armed missiles not given the permission to fire.  We would sometimes find bullet holes in our planes when they returned.

Our squadron was situated at the end of the runway for fast response of a threat to afford time for the second wave of fighter bombers to take off.  After the last bomber, our base was considered lost in the scheme of the war plan, there was no expected return of our planes.  On a hill facing the runway was a hanger called the Zulu hanger with four interceptor planes manned 24/7 with pilots and crew for immediate launch.  Our other squadron planes were lined up on the ramp next to the Zulu hanger.  The hanger had living quarters with warning lights and bells much like those of firefighters.

From the Zulu hanger I could see our planes and those of the fighter bomber squadron spread out adjacent to the runway.  I could also see the roads leading into the base from the barracks and housing area.

Our squadron and the bomber squadron occasionally held unannounced drills to test and strengthen our emergency response preparedness.   The drills were announced with sirens and the playing of ‘Mack the Knife’ over the bases public address system.  The drills seemed like a nuisance and were responded to by those who couldn’t avoid hearing about them; then with half-hearted enthusiasm.  It was almost inconceivable that there would ever be a ‘real’ war.

One evening after checking the planes for immediate response, I was in the lounge above the Zulu hanger and turned on the TV.  There was a flash announcement that the President of the United States had been shot.  We waited for word of his condition while staring at the red phone that would send us to war.  There was no response from the red phone or a recall from the base alert system.

It was nighttime and I looked out at the lineup of planes in the dimmed lights of the base.  All of a sudden, I could see the lights of cars streaming into the base from all directions.  I watched as the lights were turned on across the ramped collection of airplanes.  I could see the covers being removed from the airplanes and fuel trucks topping them off.  I could see pilots and crews preparing the planes while bombs and armament was being brought out of storage.

I witnessed this again immediately after the bombing of the twin United Nations towers in New York.  Without so much as a call to arms, men and women lined up to join the various armed services that protect this nation.  I read about the immediate response of men to the bombing of Pearl Harbor that brought us into the second world war.  I read the Declaration of Independence by people who initiated our first war for freedom driven by ungoverned people.  I believe that freedom lies within the hart of man and without that inspired substance and fortitude, this nation will succumb to the evils of those, who prey on the unsuspecting.

While I know the battle may never be won in the world, I hope that the recognition of freedom from within each of our citizenry will empower action to uphold the values of freedom and prevent its demise from our hallowed ground.
~~~~~~~~~~